Redis is a popular open source key/value data store that makes access to data fast. To do this, Redis keeps a copy of data in memory to provide speed and on disk (this is important) to prevent data from being lost if Redis is restarted.

Companies use Redis to store and retrieve data quickly and easily. Redis is intended to be used in trusted environments, and so it ships with a permissive security configuration, which is fine, unless you just put it on the Internet. That said, one of the fundamental laws of the Internet of Things is that if it can talk on a network, someone will put on the Internet.

The issue is that we see many devices running Redis that are exposed to the Internet, which goes against the recommendations made by the Redis developers. Exposing Redis directly to the Internet allows attackers to view/modify the stored data. Even more importantly, attackers are able to remotely configure the Redis instance which, as we’ll see in this post, can lead to a complete compromise of the device.

Duo Labs set out to measure how many Redis instances were exposed to the Internet and potentially vulnerable to attacks. Here is a brief summary of our findings:

Before discussing these findings in depth, let's first talk a bit about Redis and its security model.

A Little About Redis

The fact that configuration changes can be made remotely immediately raises red flags when it comes to security risks, leading us to wonder about Redis' security model. The Redis developers outline their views on Redis security here, saying:

Redis is designed to be accessed by trusted clients inside trusted environments. This means that usually it is not a good idea to expose the Redis instance directly to the Internet...

If Redis instances are exposed directly to the Internet, a malicious hacker could view and modify the stored data. They could also remotely configure the instance, leading to the complete compromise of the device. With this in mind, let's see how many instances of Redis don't follow these rules and are openly available on the Internet.

Finding Redis on the Internet

To find Redis instances available on the Internet, we leveraged the Shodan API, giving us about 18k valid results with the following version distribution: 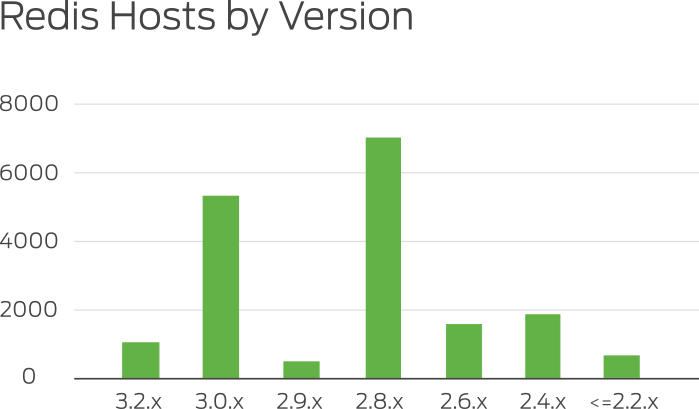 This shows that a vast majority of Redis instances are not using version 3.2.0 - the latest stable version released in May 2016.

We then sampled the hosts to get a picture of what kind of keys are being stored.

The Curious Case of "crackit"

As we were sampling the data, we began to see a few keys that appeared on most of the hosts: 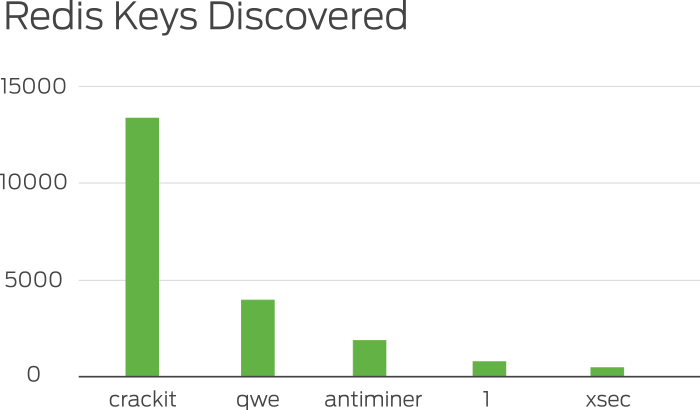 The key called "crackit" was found on most of the hosts and contained a public SSH key as the associated value. This led us to this post by the author of Redis describing the Redis security model and showing how an attacker could take over a host running Redis.

In a nutshell, this attack is performed by:

Setting Up the Honeypot

In order to figure out what attackers are doing to compromise Redis instances, we deployed a honeypot that would catch attackers red handed.

The honeypot exposes a vulnerable instance of Redis to the Internet. Then, we set up a modified instance of the cowrie honeypot to only listen for SSH connections using key-based authentication. 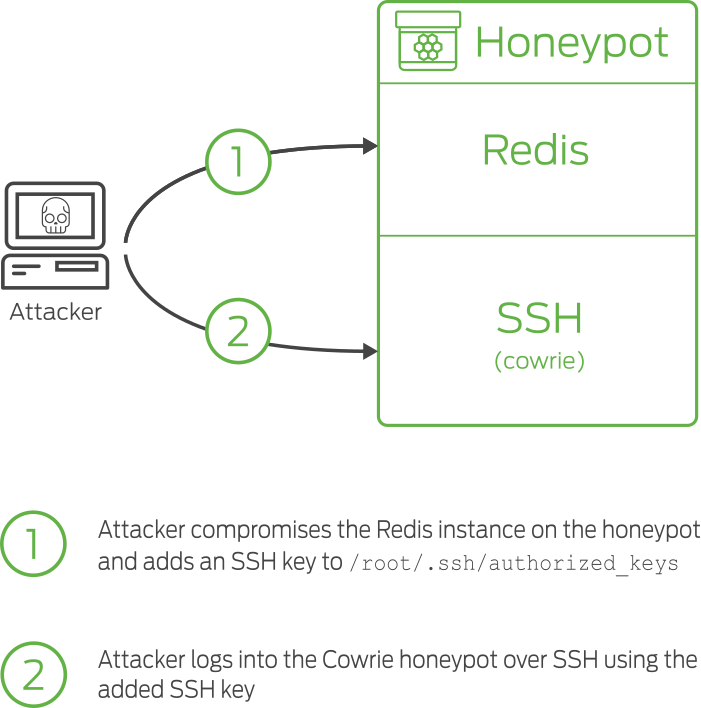 What Are Attackers Doing?

Just hours after we stood up the honeypot, we recorded an attack that attempted to store an SSH key for ryan@exploit.im. Here are the commands executed against Redis:

Shortly after the initial Redis attack occurred, our SSH honeypot caught the attacker logging into the system and performing the following commands:

The attacker tries to delete significant amounts of data on the host and leaves a note pointing to a URL. The contents of the URL contained a ransom note:

The note suggests that files have been encrypted and sent to a remote server, but we saw no indications of this happening. This attack looks to rely on fear to try and get people to pay for files that no longer exist.

During the month we operated our honeypot, we observed similar attacks from 15 unique IP addresses.

How to Protect Redis

The simplest way to prevent attackers from compromising Redis instances is to avoid exposing them to the Internet. However, if you must have Redis externally exposed, there are a few things you can do to lock it down:

Finally, like any software exposed to the Internet, it is critical to keep Redis up to date. Version 3.2.0 of Redis added a feature called protected mode. This mode prevents Redis instances from being accidentally deployed with an insecure configuration (binding to all interfaces with no password), which can help prevent a compromise from occurring.