Thank you for your interest in this event. However, the event has now been filled, so we are no longer taking registrations. 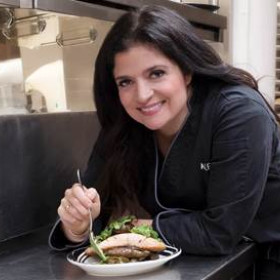 Few American chefs, much less female chefs, can boast leading Michelin-starred restaurants abroad. Chef Alexandra Guarnaschelli can make such a boast, having embarked on a culinary journey in France that saw her working in some of that country’s top restaurants, including esteemed chef Guy Savoy’s eponymous three-star kitchen. Today Guarnaschelli is recognized as one of America’s most accomplished top chefs, acclaimed for her work in the kitchen, as an author, and as a popular television personality.