Patching - while not always easy, affordable or quick - is an important aspect of information security. It’s one of the most basic security hygiene practices we preach, and for good reason. Unpatched, out-of-date software, systems and servers are prime targets of attackers armed with known vulnerabilities and malware.

The most recent global epidemic of the WannaCry ransomware is a high-profile example of the consequences of not patching Windows operating systems (OS) - affecting over 300,000 computers across the world, the attack brought hospitals, energy firms, government agencies and other critical operations to a halt.

The wormlike ransomware exploited a Windows Server Message Block (SMB) bug affecting unpatched versions of the OS, spreading quickly to other unpatched systems. According to data from Kaspersky Lab, 98 percent of computers affected by the initial attack were running Windows 7. And since Microsoft had released a patch to fix the SMB bug exploited by WannaCry back in March, that means those systems hadn’t been patched for at least two months.

You can't secure what you can't see. To shed light on who’s at risk of similar attacks, Duo Labs has collected and analyzed our dataset of 4.6 million endpoints, including 3.5 million mobile phones, completing over two hundred million authentications a month - all now available in The 2017 Duo Trusted Access Report. 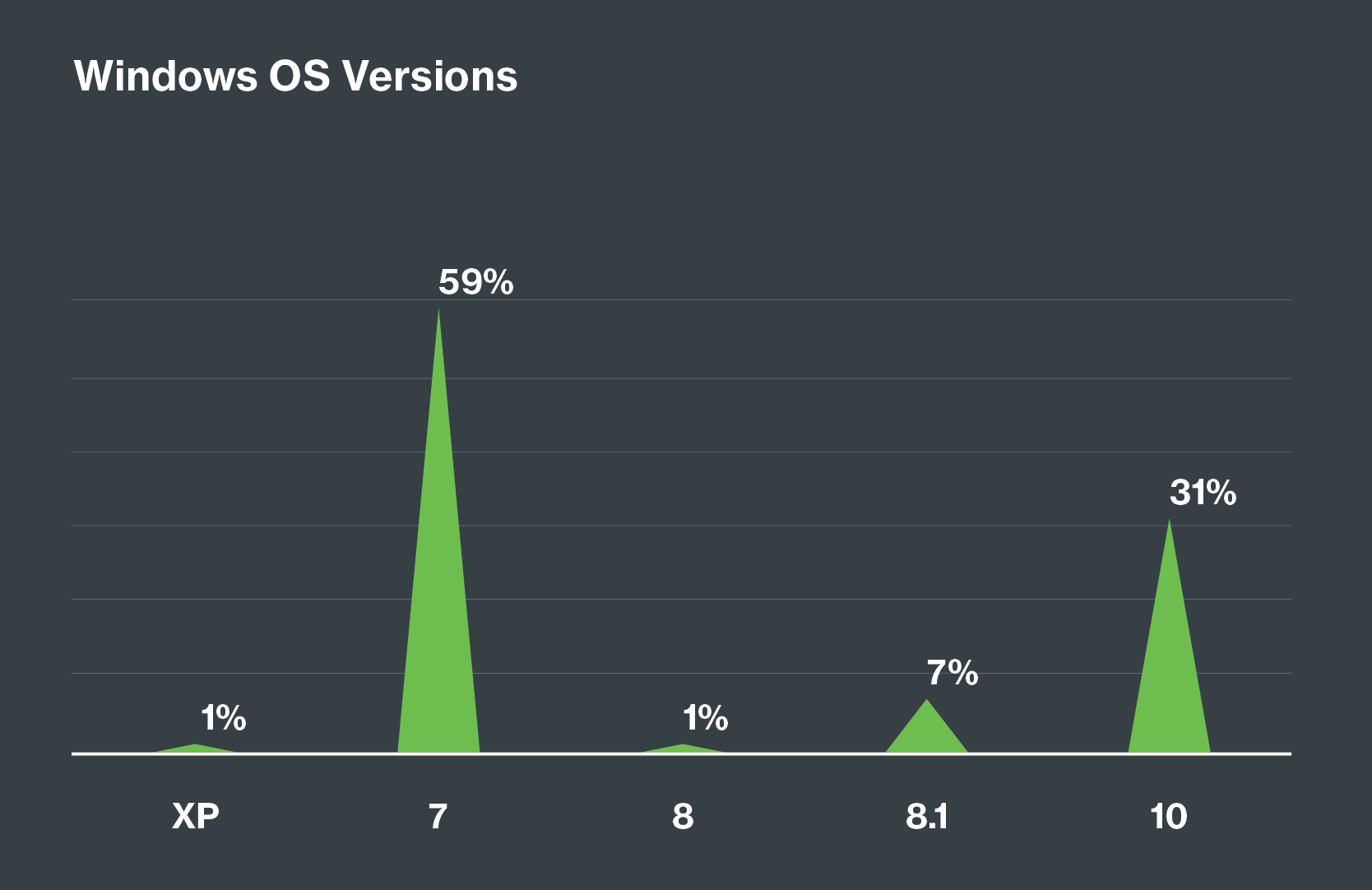 The good news is, our data shows that more than double the number of endpoints are running the latest version Windows 10 - 31% in 2017 compared to 15% in 2016. However, 69 percent of enterprise endpoints are still lagging behind. 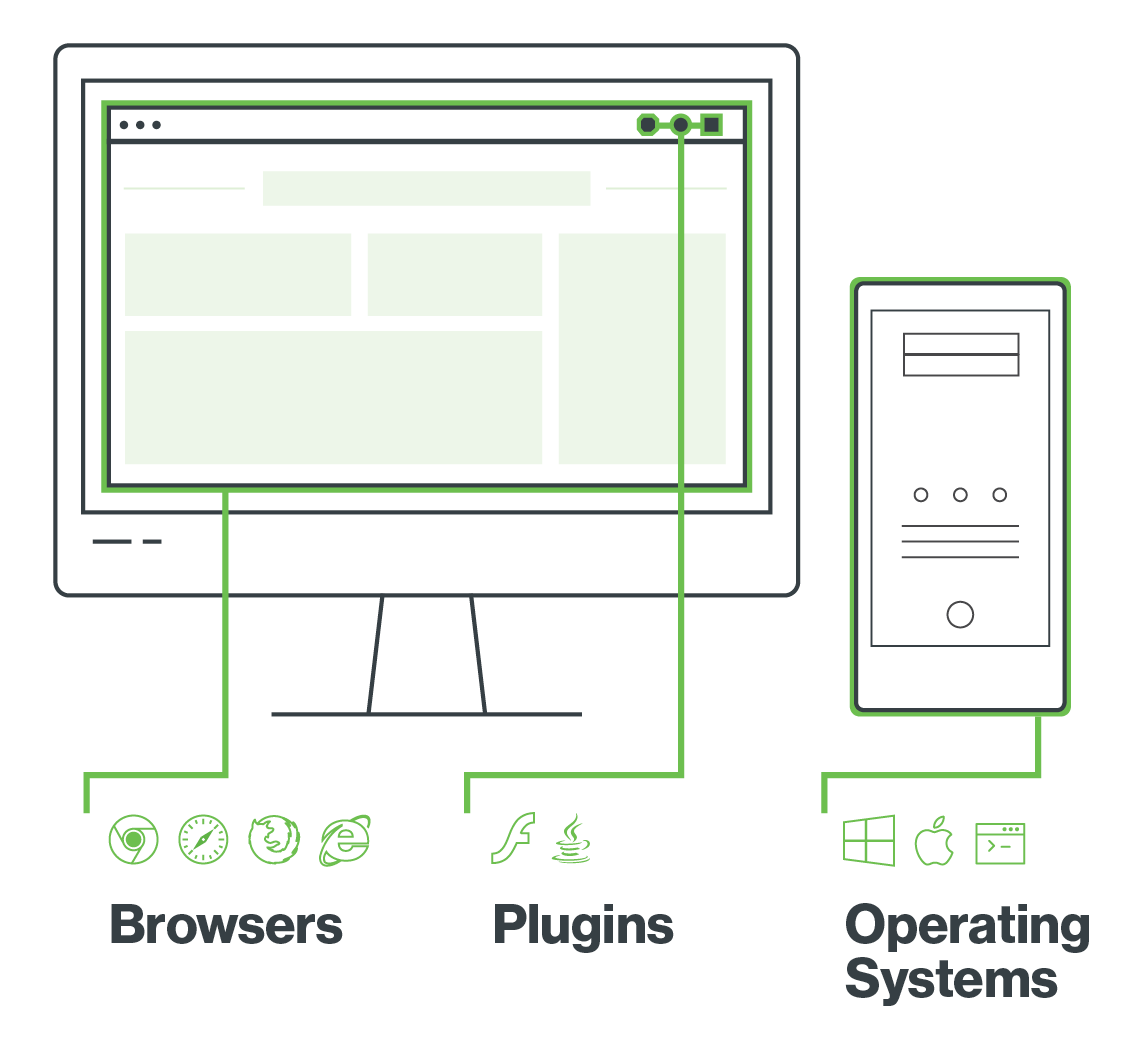 We looked at several key indicators of device security health across different industries and geographic locations, including:

Plus, we reveal deeper insights into user behavior and device health with campaign data from our phishing simulation tool, Duo Insight.

Phishing is one common and effective way for users to steal passwords and infect systems with malware. We found that 25% of recipients clicked on the link within a phishing email and another 13% entered their credentials - which, in an actual phishing attack, could potentially expose them and their company to malware and password theft.

Our data also revealed that 68% of recipients of a phishing email had at least one out-of-date device, which increases the risk of getting compromised via known vulnerabilities that target older, unpatched versions of software. 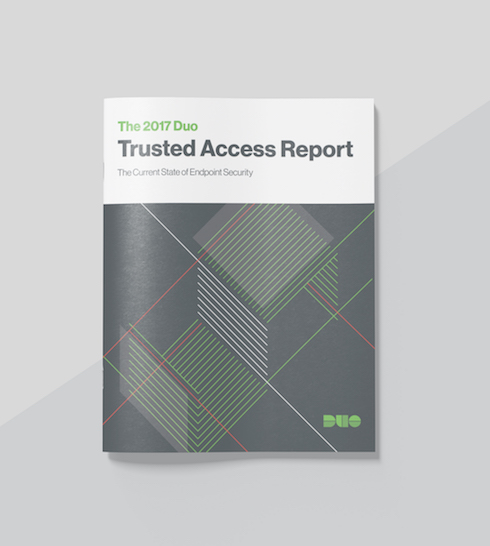 Our latest Trusted Access report reveals the different industries, locations and devices potentially at risk, along with our security recommendations on how to protect your organization.

In this report, you’ll get:

Download The 2017 Duo Trusted Access Report: The Current State of Enterprise Endpoint Security to get the full report.