At RSAC last week, Christopher Elisan, Principal Malware Scientist at RSA, gave the talk, Demystifying a Malware Attack. This was an inside look into how malware is spread and the different types of attacks, as well as a dissection of the malware attack infrastructure.

How Malware is Spread

Malware is spread through opportunistic attacks, such as drive-by downloads, malware attachment links, etc. with the objective of spreading malware in any way possible. Free apps are another way malware can infect personal devices, some can even charge your credit card.

Other attacks target certain individuals by name or position, typically those with more privileged access to corporate systems and infrastructure, such as IT administrators and Chief Information Security Officers (CISOs). Attackers will also target contractors of bigger companies, as smaller contractors often don’t have the same IT security policies as their targets.

Social media is a major target - the family of a target can reveal information about their whereabouts, perhaps revealing that the target is attending the RSA conference. An attacker might use that information to send RSA-related emails to targets; some will even send USB sticks or DVDs loaded with malware.

It all starts with deployment technology - something an attacker uses to deploy malware, such as via an email or USB stick. After malware deployment, a malware installer is deployed. After installing malware, the malware installer completely deletes itself from the system to avoid detection. 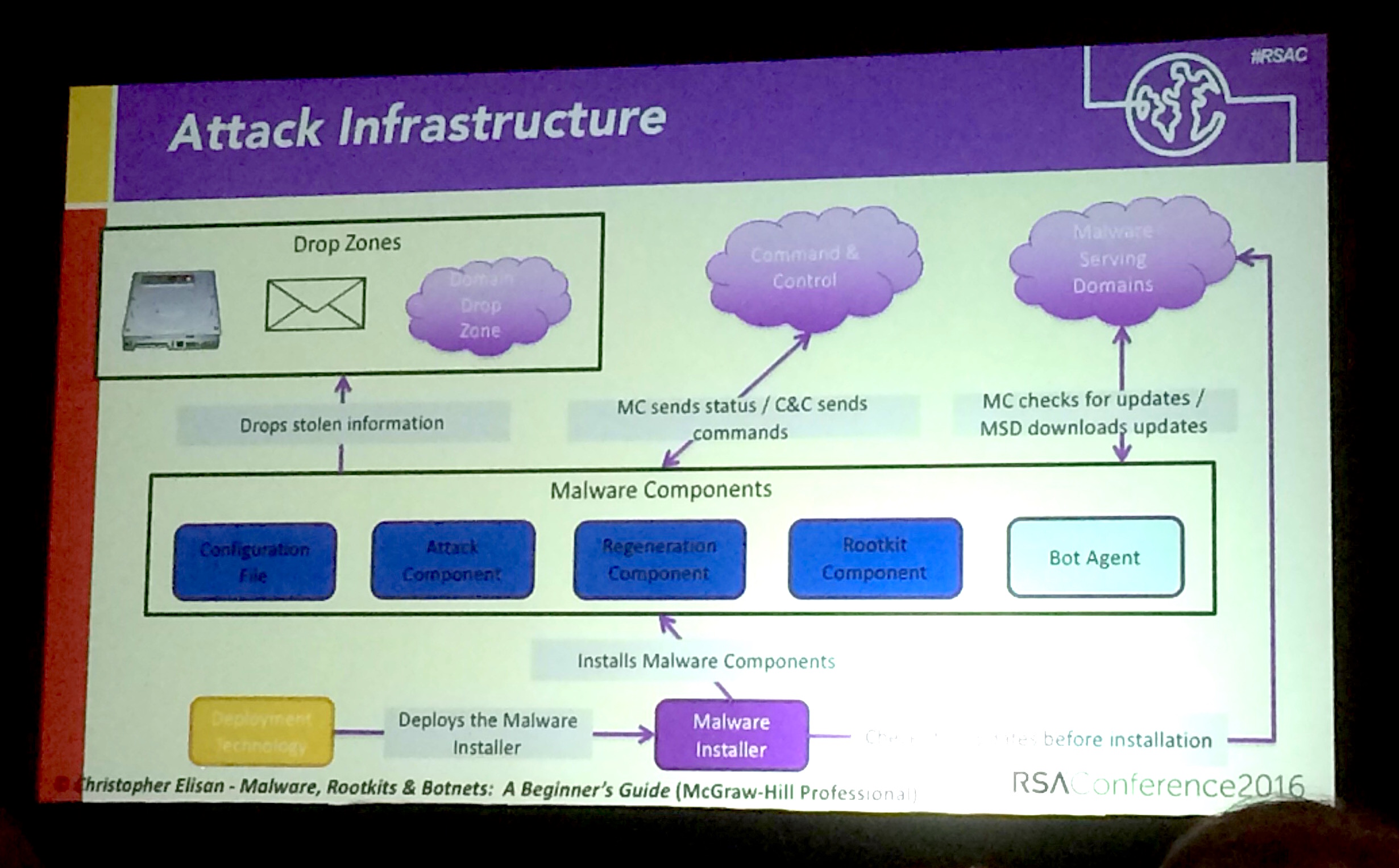 Then, the malware sends stolen information to a domain drop zone. If attackers are bold enough, they may just use the information to charge cards an insignificant amount of money that won’t warrant an investigation.

Malware kits are also popular and distributed widely online, not just on underground dark web forums, but via search engines. Malware kits are now customizable through automated programs. If they’re sold for just 10 cents each, they can be profitable if millions are sold.

Malware attacks require a holistic look at the roles and systems of a target, the malware infrastructure, and the different roles required to support the infrastructure. As Christopher stated, we can get an even bigger picture with by pairing this information with more technical and legal research.