The Evolution of Security #2: Treasure Maps

Duo’s Creative team has taken on the task of depicting security throughout the ages with a series of original illustrations. Here’s the second in our Evolution of Security series:

The Keys to the Gold Below 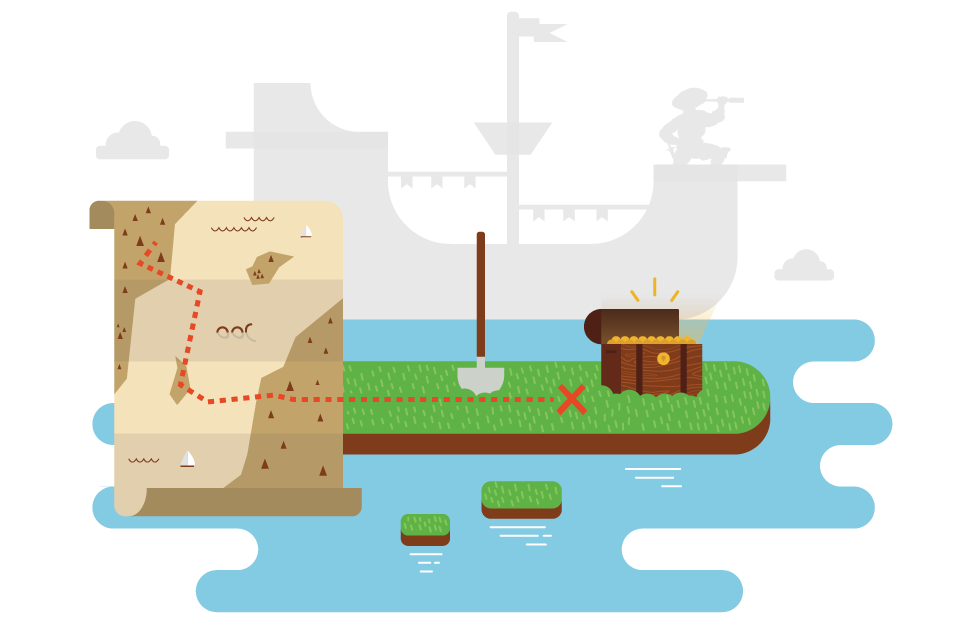 Pirates and thieves wisely sought the treasure map as the master keys to unlock an ancient fortune hidden deep underground or in remote caves - less obvious than a giant castle, and much more geographically obfuscated.

Armed with a treasure map, an explorer would have the keys to a chestful of gold - the location may be an X on the map, or coordinates indicating where to dig. Some treasure maps are puzzles, a series of encrypted messages that must be decoded for directions.

Buried treasure used to be protected by ambiguity and the earth...