The Evolution of Security #3: Safes

Duo’s Creative team has taken on the task of depicting security throughout the ages with a series of original illustrations. Here’s the third in our Evolution of Security series:

Securing the Safe with Layers of Locks 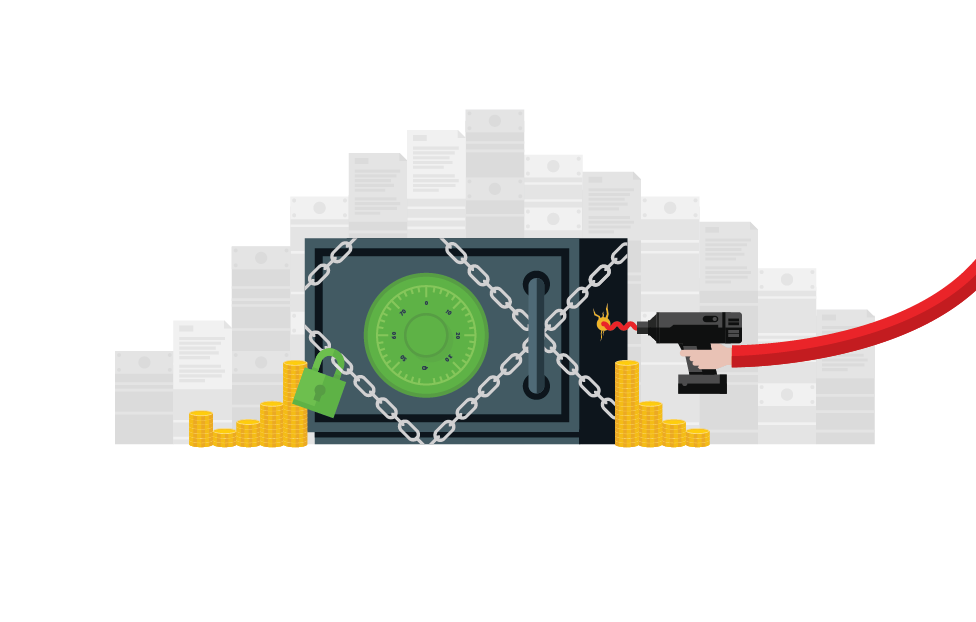 Unearthed treasure relies on physical security controls more than ever - a safe is really just a mini-castle, constructed of impenetrable steel walls to deter burglars.

But instead of turrets and arrow-slinging, layers of locks keep the known valuables within from being easily swiped. A combination lock can only be opened by those that know the code, while chain locks accessible by the holder of the key.

Safes also emerged as a way to protect different items of value - instead of solid gold and silver bars, paper bills and sensitive documents must be protected from fires and destruction. Metal walls keep valuables safe from both natural disasters and criminals alike.