In this report, we cover:

The traditional security perimeter no longer exists – data and applications are stored in hybrid environments in the cloud and on-premises. Users are bringing their own devices to work, making it a challenge for administrators to maintain insight and control. 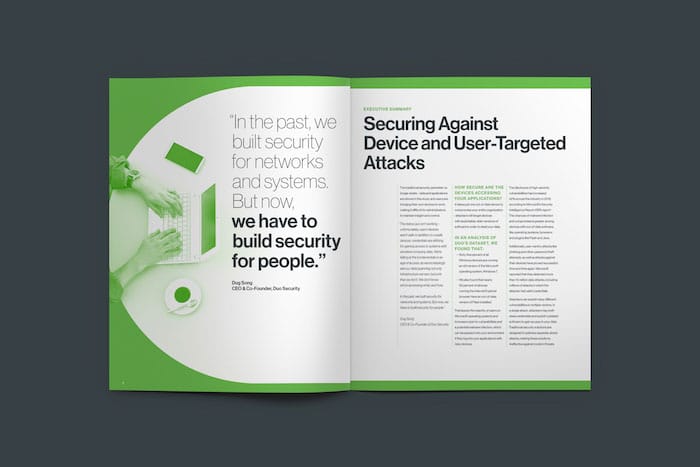 Out-of-date devices are at greater risk of exploitation, as they’re susceptible to known software vulnerabilities that can allow attackers to compromise them. It’s time to rethink security to better secure our people, devices and applications.

The status quo isn’t working - unfortunately, users’ devices aren’t safe. In addition to unsafe devices, credentials are still king for gaining access to systems with sensitive company data. We’re failing at the fundamentals in an age of access, as we increasingly see our data spanning not only infrastructure we own, but a lot that we don’t. We don’t know who’s accessing what, and how. In the past, we built security for networks and systems. But now, we have to build security for people.

This report helps you understand what devices are at risk, and how you can mitigate the risk.

An Analysis of Microsoft Devices

This report focuses on Windows devices, shedding light on the 63% of the devices that are running the Microsoft operating system. 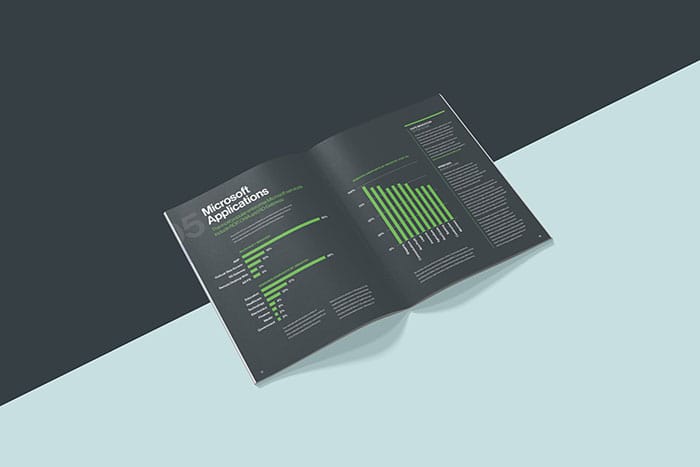 We take a closer look at the adoption rate and out-of-date versions of Microsoft browsers, including Internet Explorer and Edge, and plugins like Flash and Java. Finally, we provide an analysis of the different industries using Microsoft applications, including the most popular integrations with Duo’s service.

Here’s a quick look at a few of our top findings:

In the report, we provide several security recommendations for protecting your organization in this new era of access. 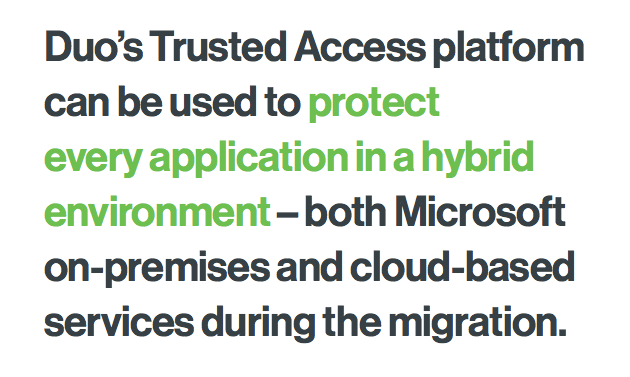 Duo’s Trusted Access platform verifies the identities of your users with two-factor authentication, and checks the security health of their devices before granting them secure access to applications.

Our holistic security solution can be used to protect every application in a hybrid environment – both Microsoft on-premises and cloud-based services during the migration. Get a full list of our security recommendations and see more data and findings from our analysis.