The Evolution of Security #1: Castles

Duo’s Creative team has taken on the task of depicting security throughout the ages with a series of original illustrations. Here’s the first in our Evolution of Security series: 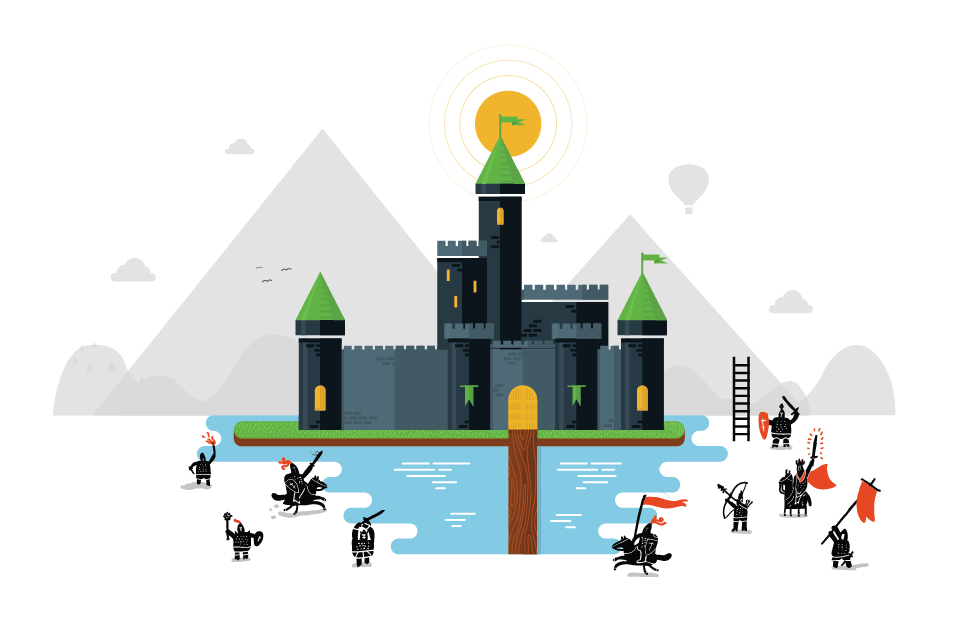 Castles emerged in Europe in the Medieval period during the 10th century, built to provide protection from enemies as a military base. Later, castles became status-symbol residences for monarchs and royalty.

Fortified stone walls kept out marauders and thieves, creating a formidable fortress to protect the riches held inside. The weakest part of the castle’s defenses was the entrance. To secure access to the castle, drawbridges, ditches and moats provided physical barriers to entry.

Turrets, guard towers and walls designed with crenellations (protective stonework) at their tops shielded castle defenders while allowing them to fire at opponents. Arrow slits or loopholes (key-hole shaped windows) allowed archers to safely sling arrows from behind stone walls.

Back in the day, tall walls and clever architecture were all we needed to keep criminals out…