Previously: Duo in Space is attempting to take a Push authentication where it's never gone before: more than 90,000 feet into the atmosphere. Yesterday, we took a trip to the work space of Duo Labs' Mikhail Davidov, where he got into the nitty gritty of assembling our space rig: designing a device to bring it back to Earth, outfitting it with radio direction finding technology, regulating its internal temperature, and more.

The nearest spot from Las Vegas to launch a balloon was an hour southwest into the Mojave Desert. Calculations based on payload weight and our target ascent rate of five meters per second indicated that we needed to fill our balloon with about 200 cubic feet of helium. This would ensure that our flight would not exceed two hours before bursting, and that the balloon would land relatively close to the launch site. Simulations showed only a slight chance of utter disaster occurring with a landing in the Colorado River. 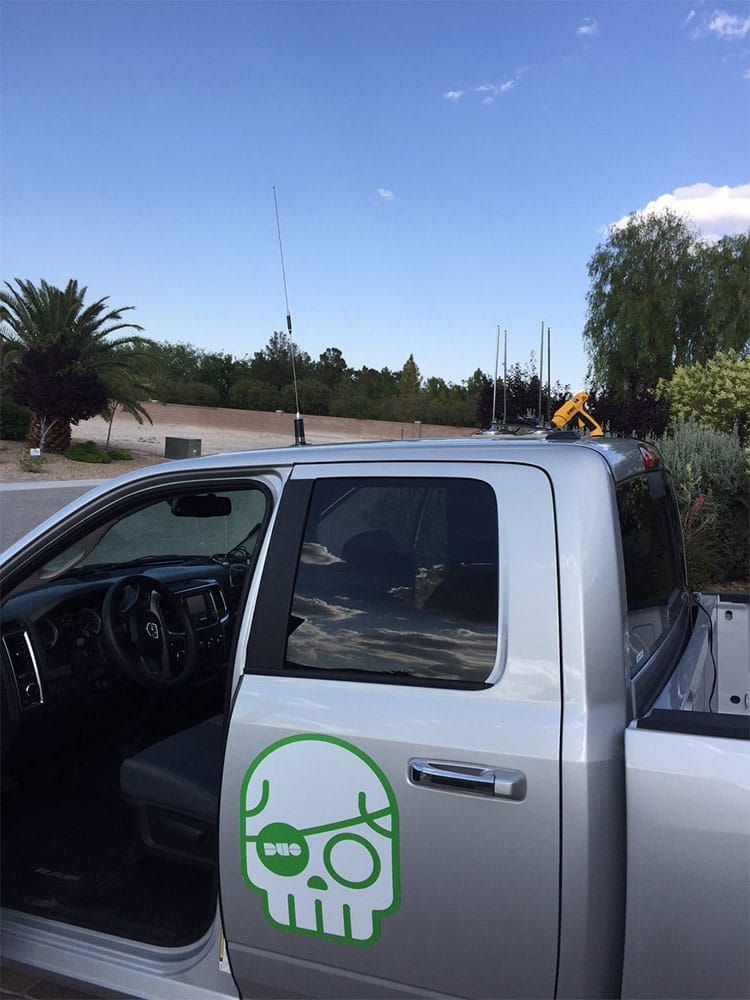 One day before launch, we assembled everything and set up the chase truck with all of the necessary radios and antennas to keep track of the payload in flight.

We tuned a modified BAO FENG UV-5R two way radio to the RDF beacon, which was connected to the Doppler direction finde rand its antenna array. My Yaesu VX-8DR HT transceiver acted as the primary APRS receiver and was attached to a Browning BR-180 antenna. And for style points, we affixed a Duo Labs magnet to the door.

Setting off from Las Vegas right before dawn, we headed to our launch site in the middle of nowhere: Nipton, California.

The setup and launch went perfectly. We laid out a tarp to set everything up on and rigged together all of the components. Luckily, the helium tank rental company just so happened to have 220 cubic feet tanks available for rent. We filled the balloon, finished final assembly, tested the the communication electronics, armed the cut-down timer, and let it fly.

Initial telemetry reports showed that we hit our target ascent rate. Everyone quickly packed up the launch site and piled into the chase trucks. We had to chase the balloon throughout its journey as quickly as closely as possible.

From my laptop I monitored the flight and landing site projections as telemetry was being picked up by other APRS receivers and while taking notes myself. As expected, once the payload crossed the 30,000 foot threshold of the SPOT tracker, it stopped sending beacons. The higher the payload got, the further the APRS signal went. We saw reports as far away as Tijuana, Mexico.

Shortly after reaching an altitude of 100,826 feet, with the balloon stretched to more than four stories tall, the latex ripped and the balloon burst. The payload then began its 20-mile journey back down to Earth.

As the altitude dropped, so did the radius of the grouping of potential landing sites. We set off toward the Nevada / California border, driving down one of the longest dirt roads I’ve ever seen. 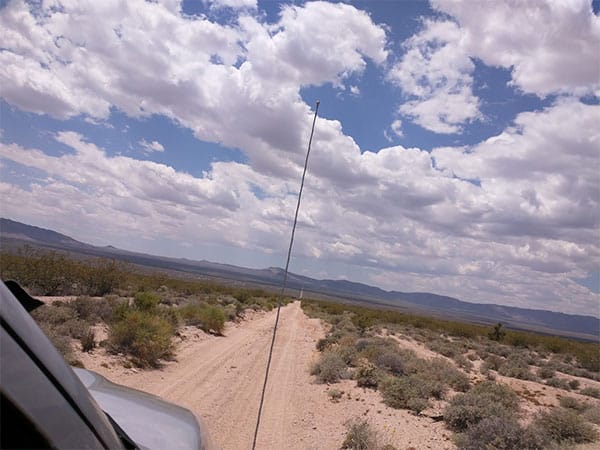 Creeping down the dirt road, we eagerly watched the altitude drop in the pings. Then it happened: the ground speed was zero. The payload was on the ground, and the APRS module was still alive! By sheer chance, the telemetry showed that the payload had landed only a quarter mile off the side of the road we were on, so we’d only have to do minimal hiking in the bright desert sun.

With everyone geared up, I plugged the landing coordinates into my handheld GPS. We hiked to the location only to discover… nothing. The APRS beacons continued to flow in with the same location, but we couldn’t see it or hear the buzzers. The final telemetry data was wrong. The GPS must’ve lost its fix. After a brief moment of panic, I found the nearest person who happened to have cell service and logged in to the SPOT tracker’s website. 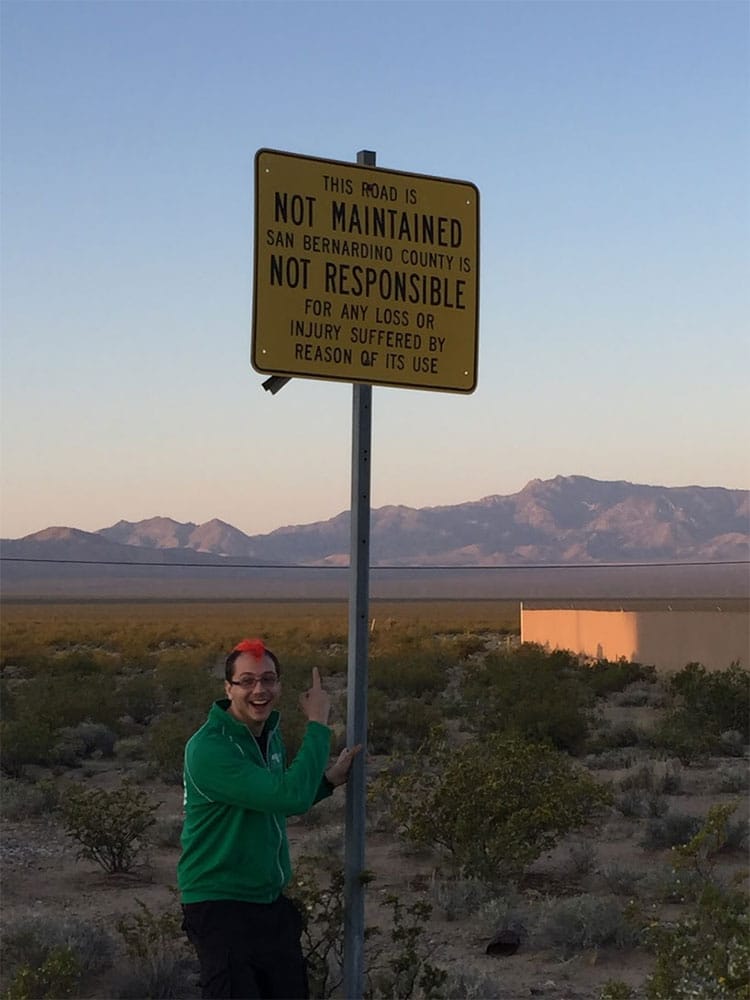 If the SPOT had survived the descent, it would’ve automatically turned back on when the payload fell below the 30,000 foot cutoff. I glanced at the timestamps on the site, which showed the latest ping was mere minutes ago! It had indeed survived the descent and landed in a way where it was still talking to the satellite.

I plugged the new set of coordinates into my GPS, and we headed in that direction. After cresting a hill and picking various cactus needles out of my legs, I heard the sweet sweet sound of the onboard buzzer. We had found the payload!

As everyone gathered around, we surveyed the damage and accounted for all of the pieces. The payload had landed on its feet and didn’t look all that bad. We opened the case and pulled out the cameras. Did we manage to capture the flight? All three were off. Crap, that was not a good first sign. We powered them on one by one and looked at the amount of free space they had left. It looked like one failed only 13 minutes into the flight, and the other two 45 minutes into the flight.

We packed up and returned to Vegas to evaluate the footage and flight data.

Up next: Reviewing and refining