At least 57 percent of all Office 365 customers received a phishing attempt that delivered the Cerber ransomware to their Windows devices, reports Avanan, a cloud security provider.

Sent via email, an attached Microsoft Word document asked users to click the ‘Enable Content’ button to view the content of the document. That enables macros and allows the ransomware to download onto a user’s computer. 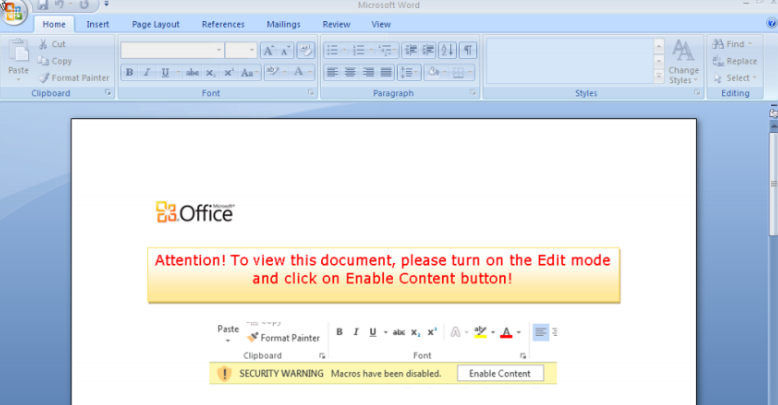 The ransomware asks for 1.24 Bitcoins or about $500 to get their files back - delivering its demands in a voice message that plays when a user attempts to open a file.

The virus was able to evade antivirus and other security detection, bypassing Office 365 security tools. A report from Invincea’s security researchers found that Cerber payloads are all uniquely hashed. That makes it harder to be detected by traditional antivirus solutions, according to a blog by Graham Clueley.

It took Microsoft more than 24 hours to detect the attack and block the attachment, according to SCMagazine.com.

Ransomware is on the rise, as FBI figures show that ransomware victims reported the costs of the attacks to reach $209 million in the first quarter of 2016, compared to $24 million in 2015, as reported by ZDNet.com.

What’s the best defense against infection?

Learn more about protecting Office 365 with access and authentication security policies, including how to secure single sign-on (SSO).